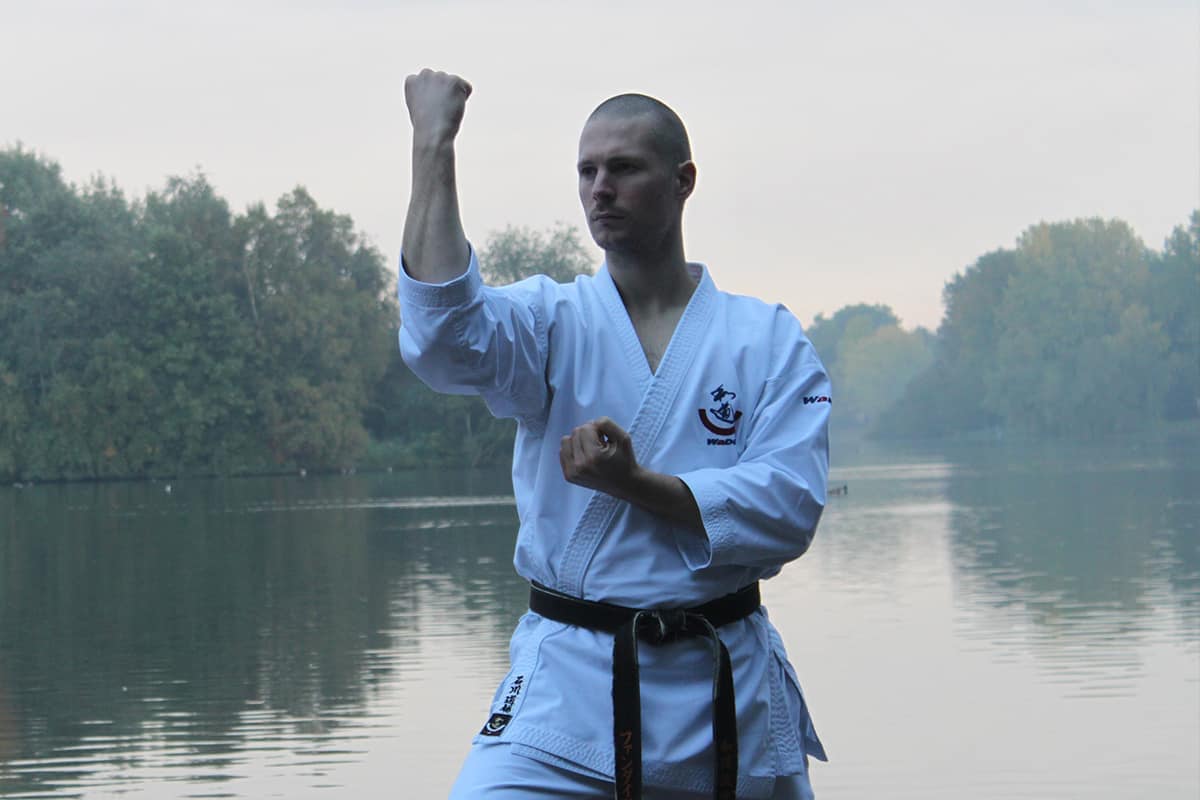 Kata is a method to teach you how to use your body. It contains the principles of movement. Every movement in kata has a meaning. In kata, you never do something without a reason.

The six principles of kata:

Every movement in kata is made to be practiced without an opponent. Hence, it is essential to imagine actual opponents. Kata movement is not separate but continuous. The movement is related to each other. Every movement has its specific objective and principle. This can be dropping, rising, rotating and positioning the body, to name a few examples.

Kata has three layers in levels of operation. Omote, Ura and Henka.

Omote is the surface. The true meaning of kata lies in ura, which is below the surface, hidden from the casual observer. The ura holds the keys of how to use and move the body efficiently, technically as well as tactically, according to the principles of Wado.

These keys reveal themselves after intense study and guidance under a good instructor.

When the true essence – ura – of the kata is ingrained through intensive, serious and dedicated training, infinity shows itself in variations of movement and applications using the same principles. This is called henka.

Ultimately, kata is learning about how to fight using your body in an efficient – Wado – manner.

There is an old saying that one kata must be studied for three years: ‘Kata hitotsu sannen’. The idea behind this saying is that it is considered more important to study some kata in depth, instead of knowing just the surface of many kata.

The purpose of kata is to master the techniques and principles from kata and being able to apply the principles in any situation. In other words, kata (principles) should become part of your body. In kata, you are able to focus entirely on the development of (how to use) your own body.

To an extent, this might be an advantage over kumite gata.

Kata is like striking air, while kumite gata is like a makiwara. Both are valuable methods, but serve a different purpose.

Previous Lesson
Back to Course
Next Lesson